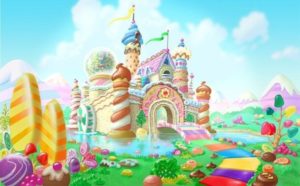 Maggie slumped down in the seat of the truck and pushed her knees up against the dashboard, letting the semi-cool air of the vent blow through the holes in her torn jeans. The Texas highway was womb-dark, and almost deserted. There were no other cars in sight. Far in the distance, the prick of lights from some other town, in some other place glittered in the black night.

She focused on that spot in the distance, her mind strangely blank. Her cell phone lay face-up in her lap, the last message from her mother still displayed on the screen.

It was only eighteen words long. Just enough to crush her heart.

Mom: Your father is being released from the hospital now. Stop calling. He doesn’t want to talk to you.

The lock screen photo of her friends Cory and Eli outside the All Graces No Fire concert shimmered and went blurry through the tears in Maggie’s eyes.

“Are you going to keep looking at that thing, or do you want to talk about what happened?” Her grandma asked, startling Maggie out of her thoughts. Elena kept her eyes on the road, guiding the huge pick-up further and further away from the lights of Dallas, toward the small town of Silver Lake. It was almost five in the morning. Maggie had been up all night. She should have been exhausted, not just empty.

“My Dad’s being released from the hospital.” She let the phone screen go dark.

3 comments on “SE3: YA CONTEMPORARY FANTASY: CURSE OF SILVER LAKE”